“Foulger’s stylistic flair is always a plus, especially when she’s working with problematic text.” – Atlanta Journal-Constitution 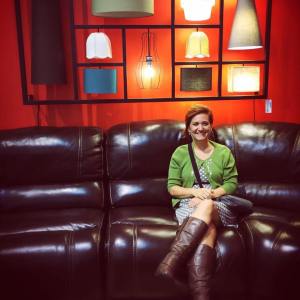 Melissa Foulger is the Artistic Director of DramaTech, Georgia Tech’s student run theatre. Ms. Foulger has directed throughout the Atlanta area at theatres such as 7 Stages, Actor’s Express, Theatre in the Square, Aurora Theatre, Theatrical Outfit, and Dad’s Garage.  Her productions of Wolves, Suddenly Last Summer and Far Away have garnered Top Director nods from the Atlanta Journal-Constitution, Creative Loafing and The Sunday Paper.

Her productions of Wolves, Pluto, See What I Wanna See and Clybourne Park have won multiple Suzi Bass Awards.  She was nominated for a Suzi Award for Best Director for Wolves at Actor’s Express.

She has guest lectured on topics such as “Improvisation and Technology”, “Theatre as a Form of Game”, and “Ritual and Play” and is a member of the Digital Performance Initiative, which researches the intersection of performance with the latest technology.

Ms. Foulger attended The George Washington University where she received a B.A. in Theatre and an M.Ed. in Secondary Education.  She also received an M.F.A. in Directing from the University of Memphis.  She was a recipient of the TCG New Generations Program: Mentoring the Leaders of Tomorrow from 2002-2004 and has participated in both La Mama ETC’s International Directing Symposium held in Umbria, Italy and the Dah Teatar’s International School for Directors and Actors held in Belgrade, Serbia and Montenegro. She is currently an Alliance Theatre Reiser Lab Artist.